Our African landscape painting collection portrays the beauty of our African natural scenery, much of which is pristine.

Here are some of the artworks depicted in this category:

Africa's savannas are typified by rolling grasslands and scattered, small, mature trees barely taller than a human being (which we call shrubs) and which do not form a closed canopy.

And because there are few obstructions, the sun rays—which are at their hottest around here at the equator—can reach the ground, precipitating the natural and cultural wonders we describe here.

It's claim to fame?

It is the tallest, freestanding mountain in the entire world!

Majestic mountain painting masterpieces with the Kilimanjaro backdrop are bestsellers.

Yet, as breathtaking as these colossuses are, for ecological reasons, mountains never stand alone.

Streams flow from their glacier tops to feed the thirsty plains at the the mountain bases.

A priceless bonus is the iconic vegetation and other African wildlife that inhabit these plains...

Zebras at The Kilimanjaro. African landscape painting by Geoffrey Mugwe that captures plain zebras in an enchanting savanna at the foot of Mount Kilimanjaro.

Some of the other mountains on the continent that have fascinated African artists are:

What would Africa be without its iconic tree and other flora species?

Granted, they don't boast striped, spotted or patterned coats. No manes. No whiskers. No paws. No horns. No feathers. No bills. No scales.

Where the lions roar, the trees merely rustle—and even then only their fallen dry leaves.

Where elephants amble across the savanna, causing the ground to tremble in response, the trees' best act is to sway in the wind.

Take the baobab tree for example, which botanists say can live for upwards of 3 millennia.

Baobab tree lovers think this fact alone cements it's title as the King of trees. But it actually boasts many more claims to fame but more on that later... 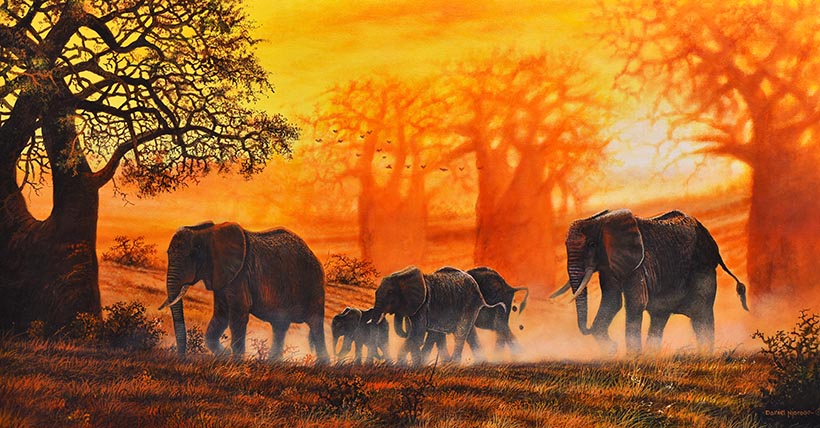 Baobab and Friends by Daniel Njoroge celebrates the baobab tree and the African elephant which, it turns out, have a lot in common, including their mesmerizing enormity.

Plus, the flowers' sweet scent acts as the wilderness' perfume. And the foliage contributes to the aesthetics. 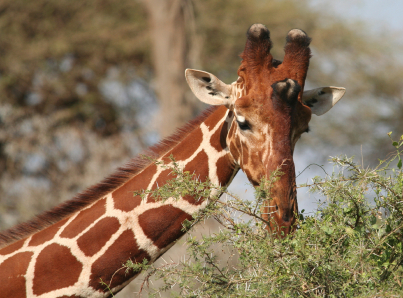 But the trees also provide food to millions of insatiable herbivores which devour copious quantities of vegetation...

Giraffes, for instance, browse the top of thorned acacias for succulent leaves and stalks...

While African elephants strip the barks of acacia tree stems with their giant tusks before gratifying themselves.

The trees also provide the site for tree-climbing carnivores such as leopards with sentry posts to surveil and spot their prey before slyly descending and pouncing on their doomed prey.

Whether it is a centuries-old instantly recognisable baobab tree or a fully grown acacia shrub, euphorbia (the African milk tree) or kigelia (also called the sausage tree for its 15 pound, 2 feet, bratwurst-shaped fruits)...

You can be sure an African artist has skilfully illustrated it.

Africa, the world's second-largest continent, is surrounded by a giant blue salty water mass consisting of the Atlantic Ocean, the Indian Ocean, the Mediterranean Sea and the Red Sea.

So there is really no shortage of sea and ocean-based inspiration for any Africa landscape painting.

Impressionist African landscape painting by Samuel Njuguna of the Indian Ocean with dhows buoyed up by the massive saline water mass.

Or for paintings of the endangered green sea turtle, palm trees, and radiant coral reef polyps that cement Africa's position as a marine biodiversity hotspot.

Deserts—the best known of which are the Sahara, Kalahari and Namib—cover huge landmasses in Africa and surprisingly boast incredible beauty.

African deserts paintings feature the resolute turban-clad Tuareg and mostly naked San people who spend entire lives in these deserts and sand dunes and most of their days searching for life supporting oases.

Camels that can withstand these "inhospitable" habitats' searing temperatures are a ubiquitous feature in the desert paintings.

So if you're looking for inspiration to tackle a tough task you've been putting off, the painting below should rouse you to roll up your sleeves and get busy. 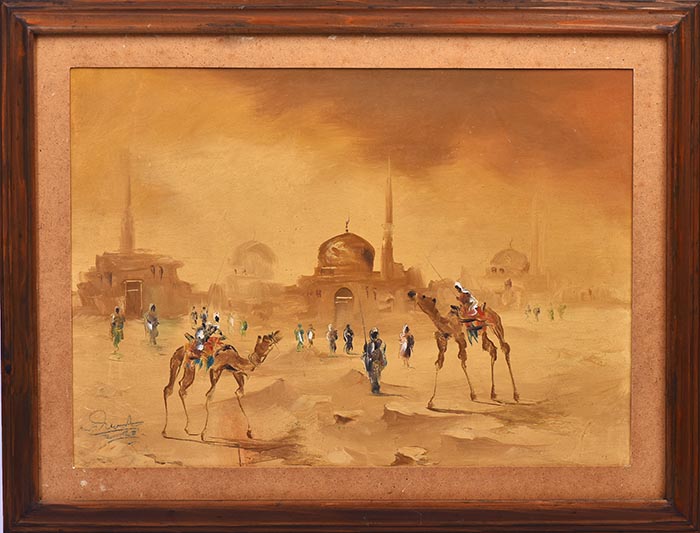 No Sahara Desert art can possibly be complete without featuring the Tuaregs and their camels which transport the nomads, food and water. I am fascinated by how the artist paints the haze and the resulting shimmer of his subjects!

The Magic Of The African Sky

The starry night sky with quarter moon are such commonplace here...

We Africans take them for granted.

But, memorialized on canvas, even we gasp!

Now, imagine the invigorating effect of these African sunrise or sunset paintings on you on a gray, wintery day far, far away!

Silhouettes are not exactly a landscape form.

But there wouldn't be silhouettes without landscapes so the two are inextricably linked.

Silhouette paintings of African wildlife against the backdrop of the above landscapes are without a shadow of a doubt:), a sight to behold.

Want to get ultra-specific?

While the landscapes and animals are depicted in shades of ostensibly bland black, the subjects are instantly recognizable from the sharp outlines. See if you check off all the subjects in each piece, down to the district species.

Want A Bit Of Everything In Your African Landscape Painting?

Then check out our curated:

Love what you just read? 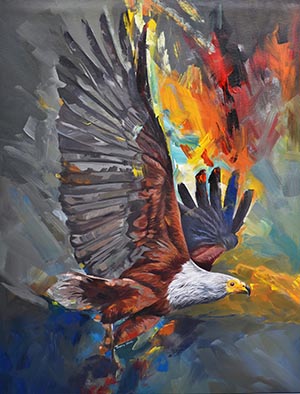